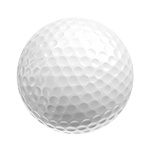 For its design he chose the American, Robert Trent Jones, already considered one of the best golf course designers in the world. He had just finished building the golf course at Sotogrande and after Las Brisas, went on to design Los Naranjos and Valderrama.

The course includes numerous water obstacles: there are ten artificial lakes fed by two streams. The greens, the majority of which are raised, are amply protected by bunkers. The results of Robert Trent Jones’s efforts, which we continue to enjoy today, were truly notable and original, obtaining a difficult and attractive course. He was also original in his choice of Bermuda grass for the fairways and Pencross Bent on the greens, unusual species in the Europe of the sixties. The outcome of all this is a round which requires a precision game of golf.